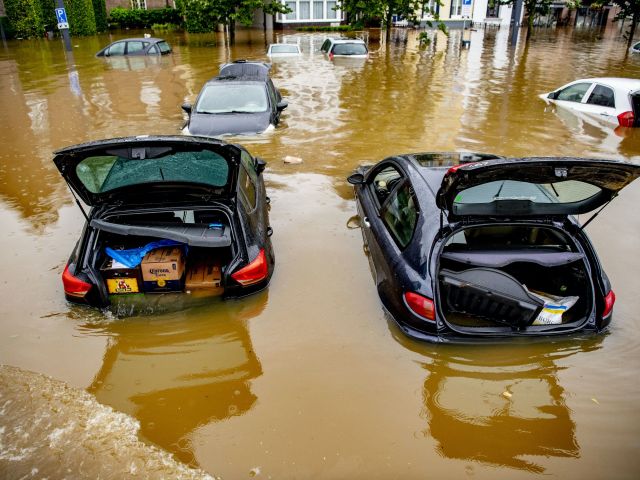 How to Stop 30 Years of Failing to Cut Emissions

Picking the precise moment when the world’s leaders had unmissable evidence of climate change is a matter for unsolvable debate, but there’s a strong case to be made for 1990. That year the elite researchers who serve as the volunteer scientists on the United Nations Intergovernmental Panel on Climate Change published their first report on the state of global warming science.

Based on the report’s findings, more than 150 countries were able to agree on two key things: Burning fossil fuels increases the concentration of greenhouse gas in the atmosphere, and additional emissions would result in a hotter planet. Five years later, political leaders from more than a hundred countries gathered in Berlin for the first Conference of the Parties (COP).

There have since been 24 more COP meetings, all of which have demonstrated that agreeing on scientific evidence isn’t the same thing as building a consensus on what to do about it. In the three decades since 1990, as countries such as China and India followed the same development path as the U.S. and Europe, human civilization burned ever-increasing amounts of fossil fuels. Rich countries, in particular, had any number of opportunities to take stock and reverse course. Most refused.

Now it’s a race against those emissions.

Every time we failed to bend the emissions curve over the past three decades, it created the dual burdens of needing to do more to slow global warming and to do it faster. Today we have to reach net zero within 30 years to have any chance of avoiding the worst effects of climate change.

Still, there’s good reason to take courage. The latest IPCC report shows that reaching net-zero CO2 emissions will stabilize global temperatures relatively quickly. The sooner we get to zero, the more destruction we can avoid.

The gathering of nearly 200 countries for COP26 in Glasgow will attempt to build out the final sections of the road to net-zero emissions. Among the negotiators’ many difficult tasks will be to extract $100 billion per year from wealthy countries, in order to help impoverished nations adapt and prepare for the future. Delegates will also try to set rules governing the international trade of carbon credits while simultaneously convincing many of the world’s largest emitters—including the U.S.—to phase out their use of coal, the dirtiest fossil fuel.

Even if all goes smoothly and COP26 is a resounding success, there will be hard work ahead. This past May, the International Energy Agency modeled the hundreds of milestones the world will need to hit net zero by midcentury, the deadline prescribed in the IPCC’s 2018 special report on 1.5°C. Achieving that kind of speed will require the involvement of private industry as well as coordination among countries that’s been elusive since the 2015 Paris Agreement.

Some of these transitions are getting easier by the day, even as delayed action on emissions requires more. The costs of solar and onshore wind power have dropped 83% and 59%, respectively, in the past decade. For more than two-thirds of the world’s population, solar and onshore wind are the cheapest forms of power generation.

Similarly, the cost of lithium-ion batteries has undergone a steep decline. Most large automakers have now fully committed to phasing out gasoline-powered cars for battery electrics within the next 15 years.

In other sectors, however, progress has been slow. Heavy industries such as cement and steel lag in developing the technologies to decarbonize. Agricultural practices vary vastly around the world, making it difficult to adopt widespread tools to curb emission. Humanity’s hunger for meat continues to grow, even though cattle are responsible for a significant portion of global emissions.

“Is it possible that the global energy sector, which is fossil-fuel dominated today, in 2050 comes to net zero?” Fatih Birol, executive director of the International Energy Agency, asked earlier this year. “This pathway is a narrow one, but still achievable if the governments take bold and immediate action.”